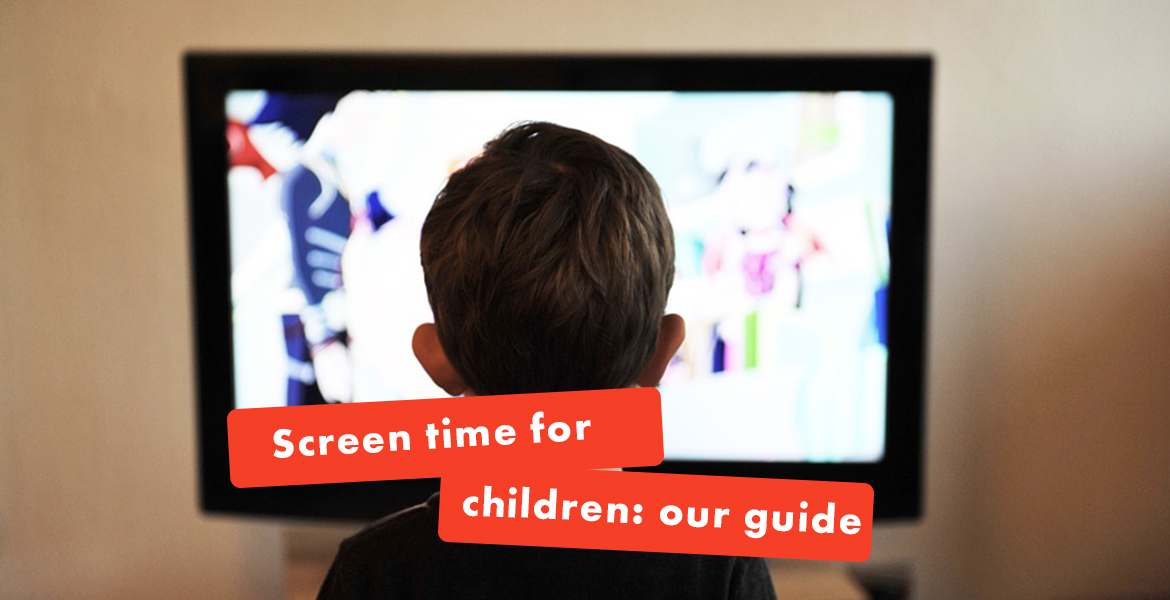 Ever since TV and computers first became a part of everyday life, the media has warned against the dangers of screen time – for young children especially. But just how worried should parents be?

In the present climate, we’re surrounded by so much digital content that it’s simply another accepted aspect of our day-to-day routines. Children are now playing with tablets as much as toys; it’s the new norm, and we need to adapt.

Modern parents know only too well that deciding on the right amount of screen time to give their children is a delicate balance; restricting them entirely is impractical and can have lasting repercussions, whereas allowing free rein opens the door to a whole new wave of negative consequences.

Not sure what’s best for small scientists where screen time is concerned? You’re in luck! We’ve compiled some of the most commonly asked questions to provide smart advice on how you can handle screen time for children in an educated, realistic way.

Should My Child Be Kept Away from Screens as Much as Possible?

Apparently, it’s the case that the less time spent looking at screens the better. This is a common misconception shared by many parents. In most cases, children over 24 months greatly benefit from screen time; at this age, they also start to show new learning tendencies, and digital content can provide ample opportunities for your child to absorb information.

If truth be told, you should treat screen time for children the same way you treat food: by planning set times throughout the day – and, more importantly, sticking to them. This is done so that it doesn’t interfere with sleep, exercise, social interaction, or other important activities in a young person’s life.

How Do I Know If My Child Is Spending Too Much Time Looking at Screens?

Despite the importance of learning through play being well-documented, little scientists need to understand that their screen time is a privilege and what its limits are – compared to human-to-human communication, for example. There’s general consensus of a correlation between excessive screen time and arrested social development in young children, which is why knowing how much is too much is so important.

The NHS advises no more than one hour of sedentary screen time in 24 hours for children between two and four years old, and it also recommends that infants under one year have no screen time whatsoever, as this can (indirectly) cause developmental and behavioural issues later in life.

How Do I Begin Establishing Rules for My Child’s Screen Time?

There’s lots to think about in terms of setting screen time rules for your children. Some things to consider include:

Setting screen time guidelines for your family should also involve detailed discussions of how to maintain privacy and safety online, and there must always be a clear line of communication between you and your children – definitely emphasise the importance of being honest and open when talking about this subject.

Are There Specific Hours of The Day That Are Off Limits?

Whether you’re prohibiting the use of screens in the dining room or kitchen so you can enjoy meals as a family or in your children’s bedrooms, so it doesn’t disturb their healthy sleep, it’s always a good idea to demonstrate that screens are not to be used all hours of the day. And remember, having a television in a child’s bedroom is a big no-no while they’re very young.

You may even wish to take it a step further and suggest that all mobile phones, tablets, portable gaming devices, and other electronics need to be charged in your bedroom each night, so you know they’re properly put away for the evening.

Can Screens Be Educational?

Oh, absolutely! If they’re filled with interactive and engaging content, this increases both comprehension and retention. There are even studies showing that quality educational apps help kids learn more and faster. So yes, screens can certainly be educational.

Of course, there’s one thing screens simply can’t replicate, and that’s interpersonal interaction. Nothing is inherently wrong with reading or algebra apps or videos, and they do improve learning and development. However, skills like language require context; without this, we are unable to really identify the intended meaning. And context comes largely from doing, engaging in physical experiences – through which we acquire knowledge. When it comes to language learning, at least, live interaction is the way to go.

How Can I Effectively Monitor My Child’s Screen Time?

A range of tools exists to help parents keep tabs on their children’s screen use. Just about every device and software platform on the market right now has security features in place to ensure that small scientists aren’t exposed to anything unsuitable. And of course, the importance of establishing rules is paramount as well.

Sierra Filucci, editorial director for Common Sense Media – a non-profit organisation that ‘provides education and advocacy to families to promote safe technology and media for children’ –  supports setting screen limits for children at a young age, which can also help set you up for success when the issue becomes more contentious down the road with more independent teens.

According to Filucci, ‘When kids have clear guidelines, they know what parents’ expectations are and what the consequences are for breaking rules. As kids get older, you can involve them in creating the guidelines, to help them feel more invested in the rules and to start building skills around self-regulation.’

As a parent, it’s your goal to keep your child safe and healthy, and screen time can bring you closer to that goal (if properly managed). The key is forward planning, finding a balance; it’s also about opening up all lines of communication so that small scientists are free to discover things at their own pace – with as much guidance as necessary. And don’t forget, they still need to be able to watch Messy on TV!

Stop The Slide! How to Prevent Summer Learning Loss

Make some swooshing rockets and discover how things are propelled by air pressure. See how far you can make your rocket go!